In collaboration with Kati Hyyppä as part of FlieKü im Quartier

In Summer 2022 Kati and I were resident artists at a program called Fliegendes Künstlerzimmer im Quartier. The program brings artistic and cultural activities to the public space in Preungesheim, one of Frankfurt am Main's quarters. The activities are mainly for children and youth, but people of any age are welcome to participate. 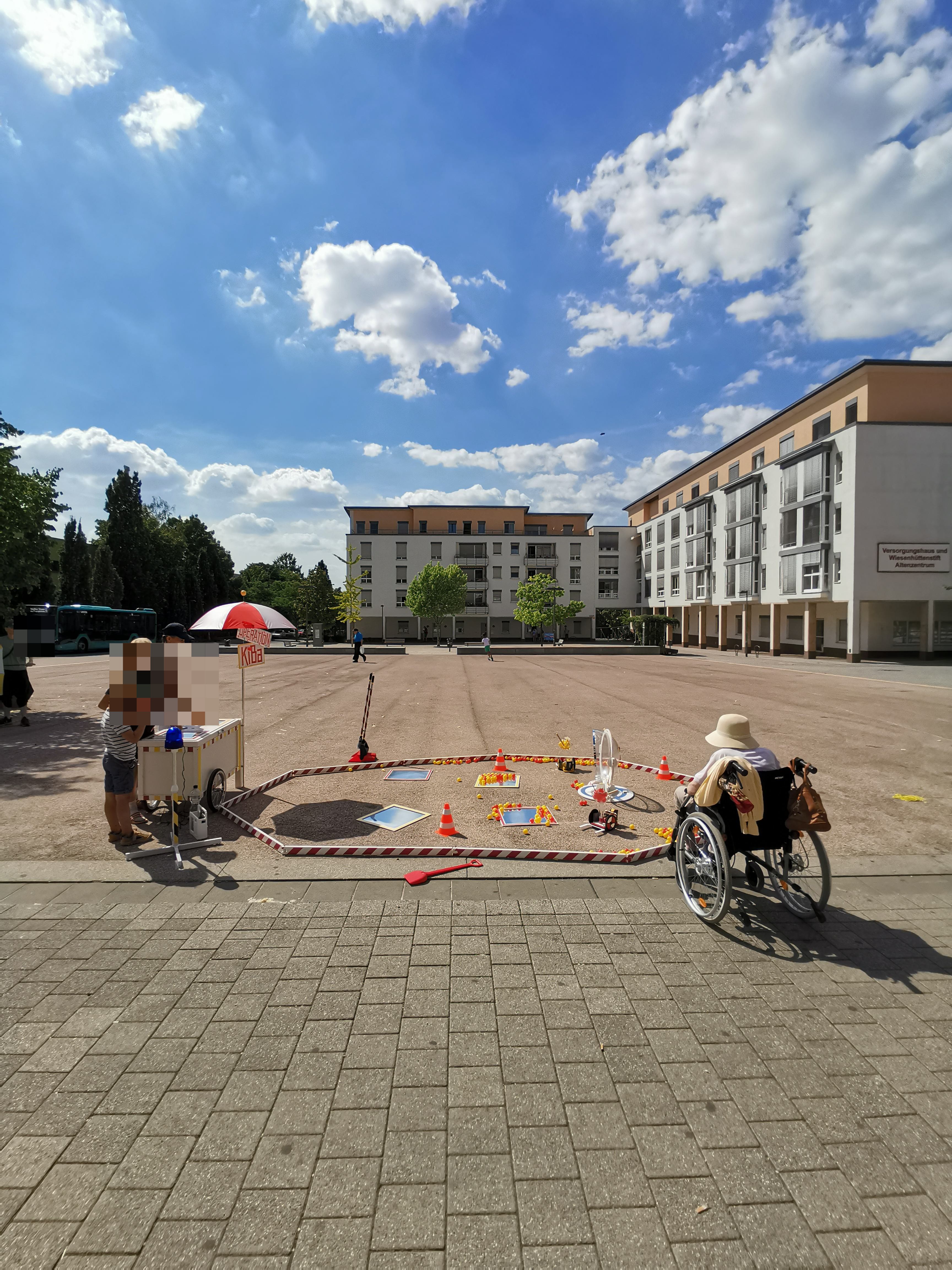 Operation KiBa was one of the happenings that we did during the residency. We built a transportable installation in the form of a game, which was inspired by a popular local activity: eating ice cream. At the heart of Preungesheim, on the Gravensteiner Platz, there is a beloved Eiscafé where everyone seemed to escape the scorching August weather. In Operation KiBa the mission is to collect scoops of ice cream with remote controlled vehicles.

The little ice cream balls have to be collected with remote controlled vehicles. 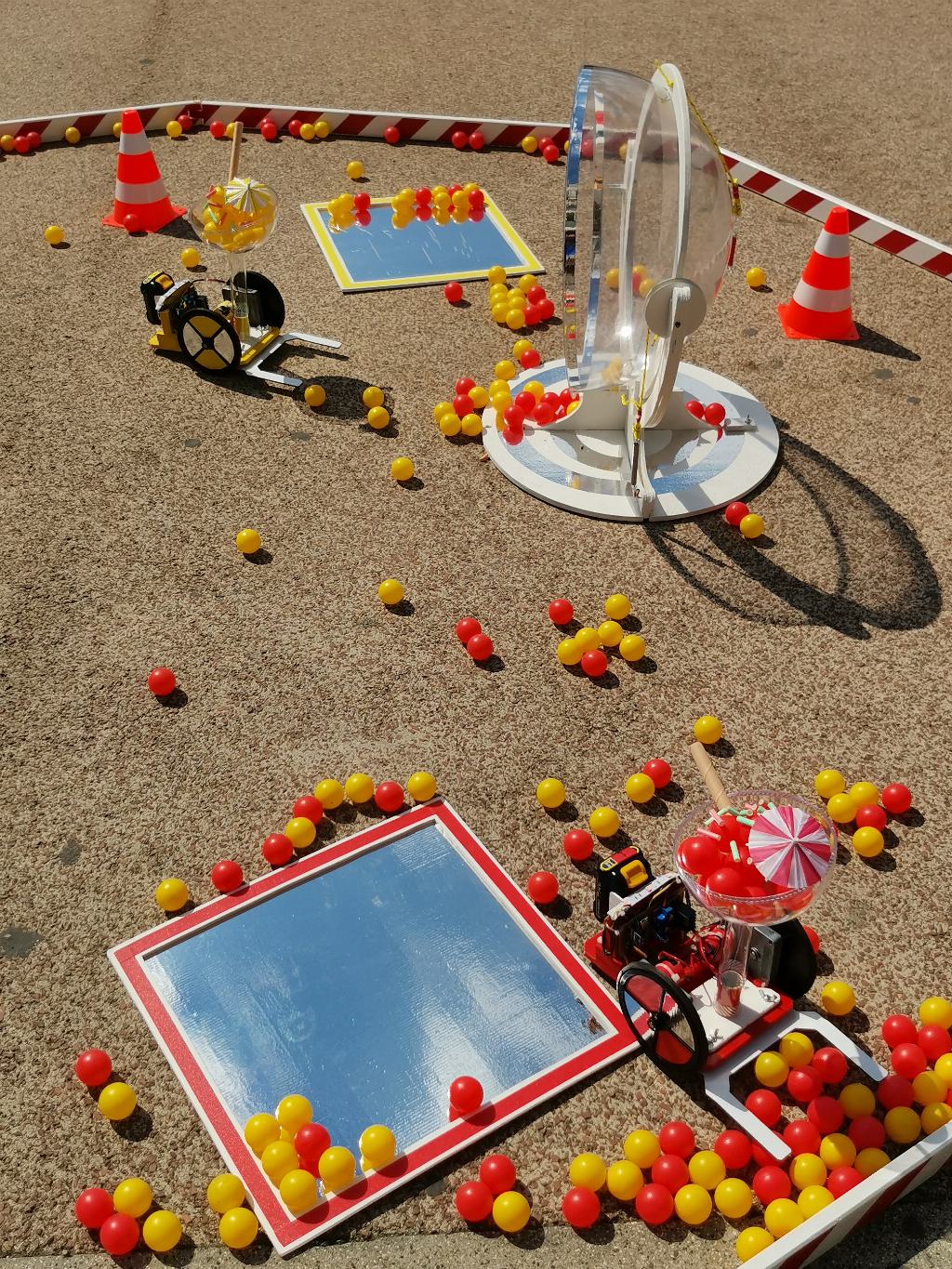 KiBa is a German abbreviation for Kirsch-Banane, that is, cherry-banana. It usually refers to a mixed juice drink, but can also manifest in the form of an ice cream flavour. KiBa seemed like a perfect flavour for our game, as we had tons of red and yellow ball bath balls in our basement, a remnant of an old installation. The remote controlled ice cream collectors were also built partly out of another recycled game. To enable easy transport of Operation KiBa, we made a wooden ice cream wagon, which included two joysticks which served as game controllers.

Building and testing of the installation in Berlin.

In the beginning of each game, all ice cream scoops (red and yellow balls) are scattered across the play field by tilting a huge ice cream bowl. Counting down to launch and pulling the string that releases the balls seemed to be nearly as exciting as playing the game itself.

The game starts with a big bowl of red and yellow balls which will tip over soon. 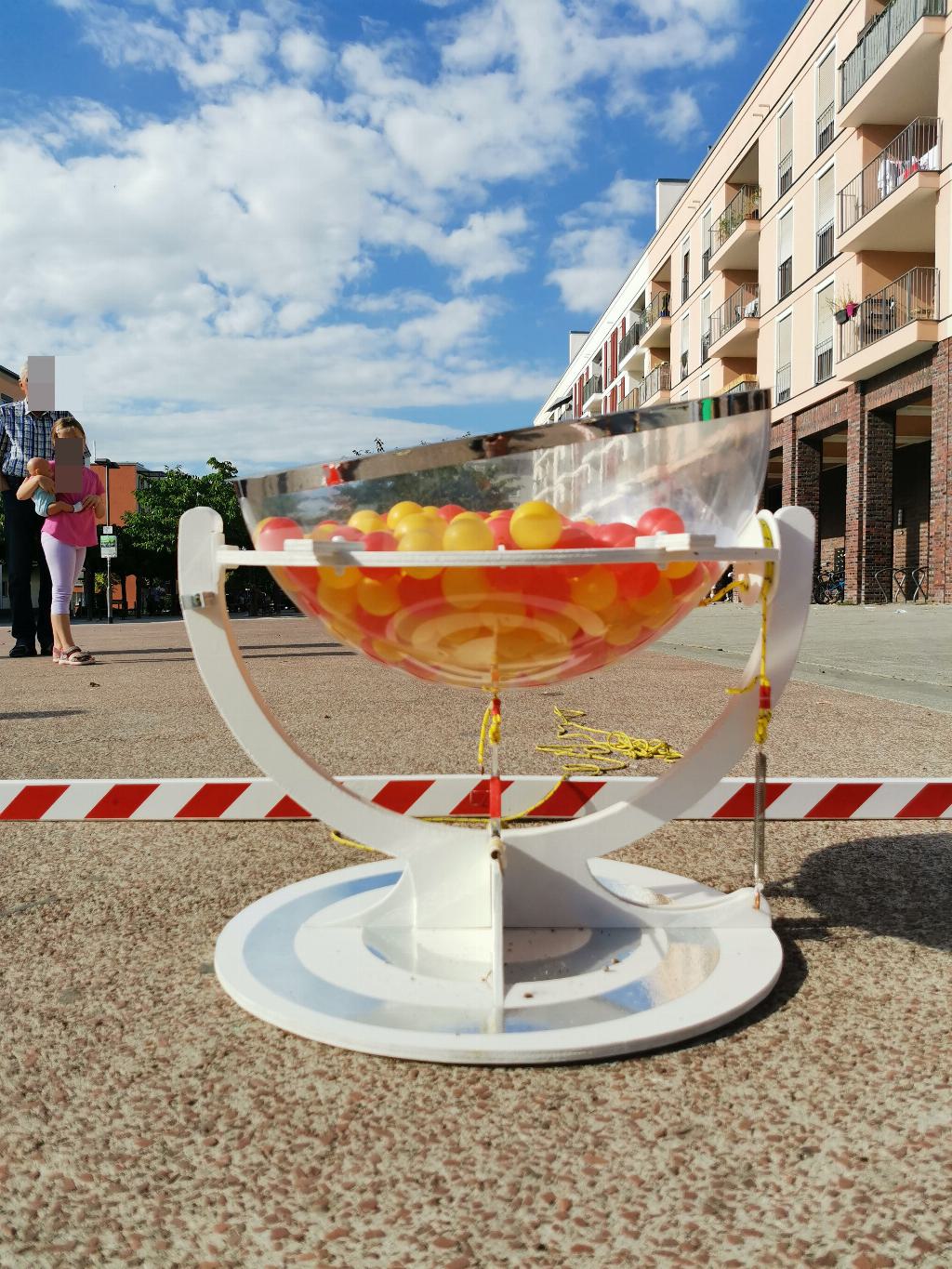 After the scattering, players start collecting as many balls as possible. In principle, the player with the red “cherry” vehicle collects balls on a red tray and the yellow “banana” vehicle on the yellow one. However, we left the players room with regard to gameplay, as Operation KiBa is not so much about winning, as it is about enjoyment and collective performance. Since every good game and get-together needs also good music, we had mobile KiBa Radio with us, which played Komiku's Incredible Kart Game soundtrack.

Kiba radio only played one album: “The incredible cart game” by Komiku 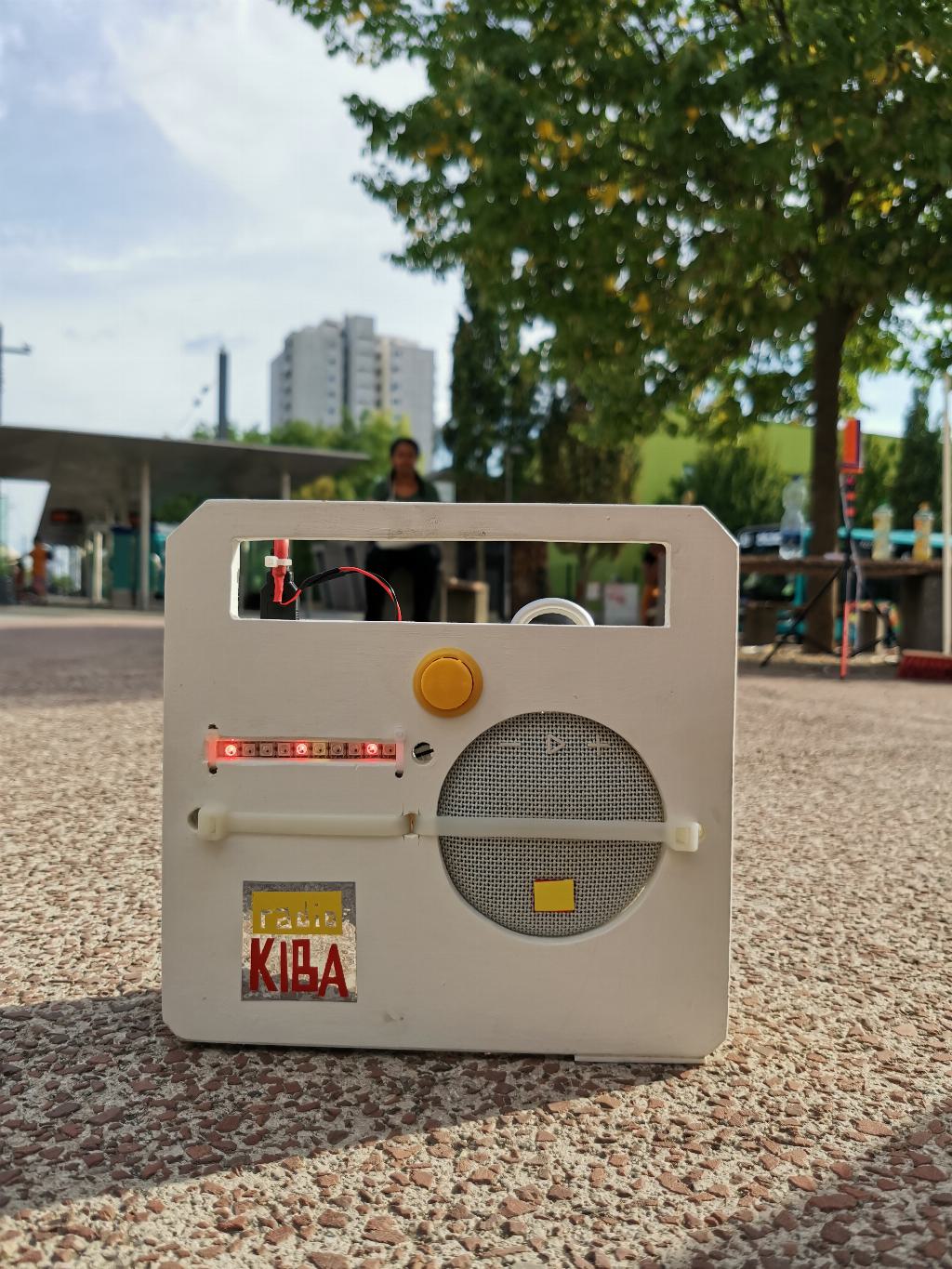 Other activities that we did during the residency included exploring Preungesheim with Vektorkollektor, building Bastelkoffer out of recycled cardboard and creating stereoscopes out of reading glasses.

We thank Crespo Foundation and Jana Weyer for inviting us. Many thanks also for help to Angela Freiberg from Quartiersmanagement Nachbarschaftsbüro Preungesheim, Anna Meik and other colleagues from Digitale Welten as well as to Nirvana, Marie, Jou and Nia. We are also grateful for Rrrrrose Azerty (a.k.a. Komiku) for releasing wonderful openly licensed music.