My “Electronic Instant Camera”, is a combination of an analog b/w videocamera and a thermal receipt printer. The device is something in between a Polaroid camera and a digital camera. The camera doesn’t store the pictures on film or digital medium, but prints a photo directly on a roll of cheap receipt paper while it is taking it. As this all happens very slow, people have to stay still for about three minutes until a full portrait photo is taken.

Ivan is showing a portrait of himself 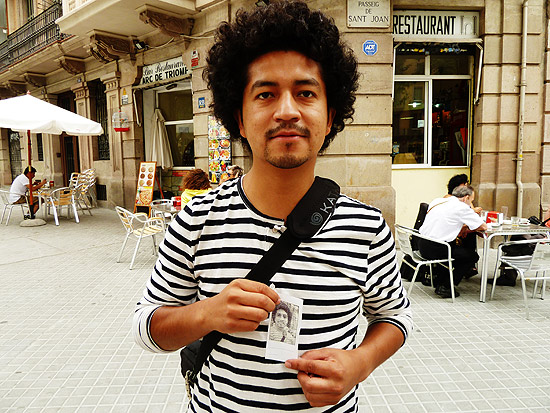 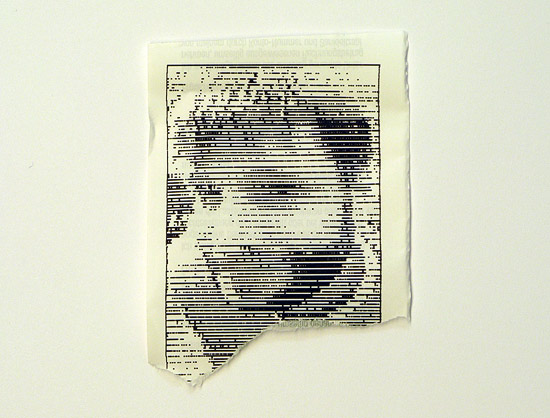 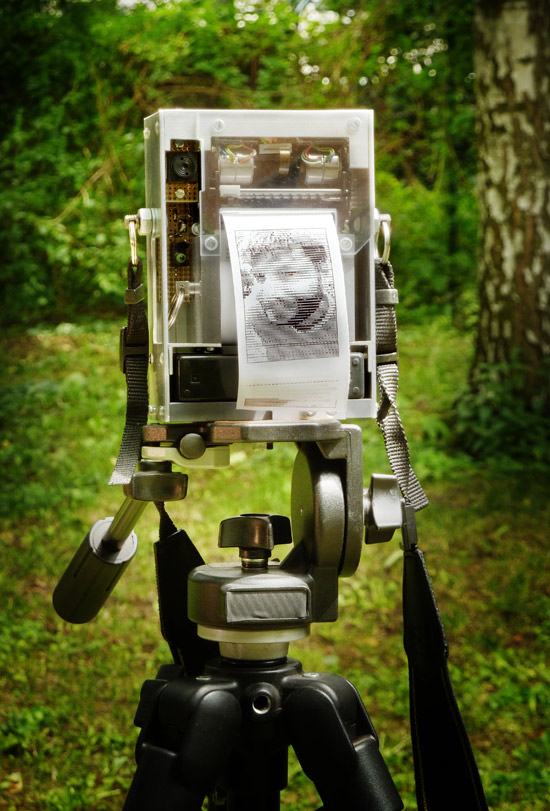 Expert readers will assume that there’s some sort of microcontroller involved to connect camera and printer. And yes, that’s right. I used my favourite little μC, the ATmega8. And I like the fact that it would not even be able to store a complete videoimage in its 1KB SRAM. The camera really has to forget the content of each line after it printed it on paper – in order to have enough space in its memory for capturing the next line. For videosignal sync separation I used again a LM1881, as I did for PING!.