Most of us have something like a digital Swiss Army Knife in their pockets, all the time: the smartphone. Do there even exist forms of communication which cannot be done with this allround device? And in case there are - what are those?

When I was giving a workshop at ÉCAL in Lausanne, Switzerland, these were the questions that I asked the students. Erika Marthins, Arthur Moscatelli, Pietro Alberti and Andrea Ramìrez Aburto found an answer with their synesthetic color to smell translator. A device that they called “Bouquet”.

A collection of different ways to communicate 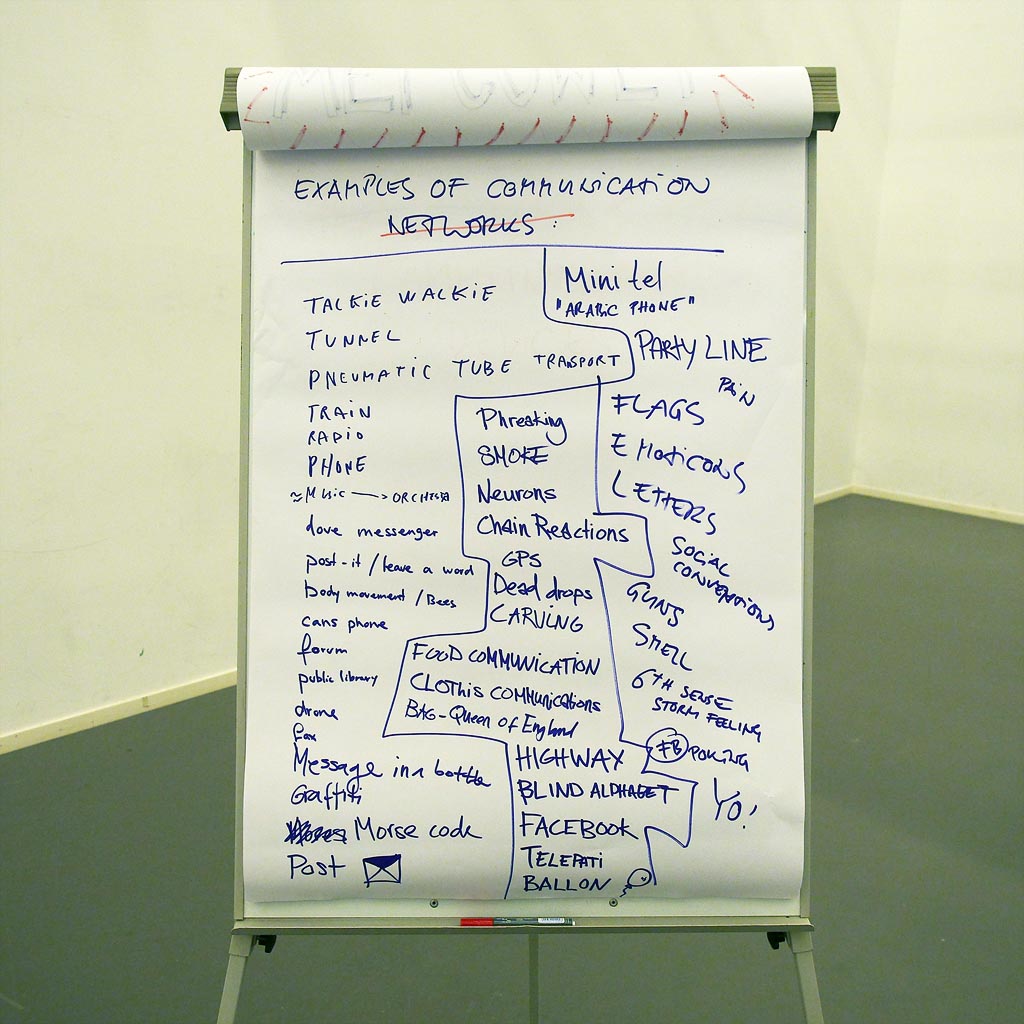 The cone shaped device has an optical sensor built in its tip, with which it can recognize different colors. Inside the cone's bottom is a stepper motor controlled disc, that turns pads with according scents directly under the nose of the operator. If you'd point it to a red color for example, the disc would turn a cotton pad, which is soaked with strawberry aroma, to the device's smell opening.

View inside the synesthetic smell translator 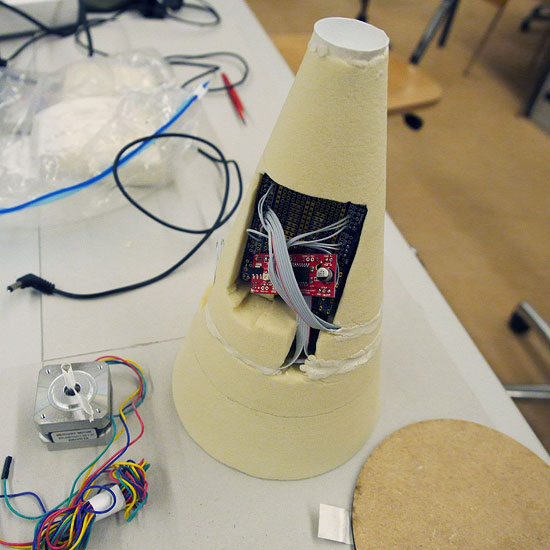 The students found some great natural smells for the different colors. Representing blue turned out to be a bit of a challenge, though. At the end, they decided to translate it to the fresh artificial smell of a chemical “Blue Ocean” room fragrance, which was fitting very well.

To round up this brilliant work, they even designed a series of colorful posters with which everyone could try out their little synesthetic machine.

I want to thank ÉCAL and especially Prof. Cyril Diagne for inviting me, the students for their energy, excitement and good ideas and Laura Perrenoud and Marc Dubois for assisting in this workshop!