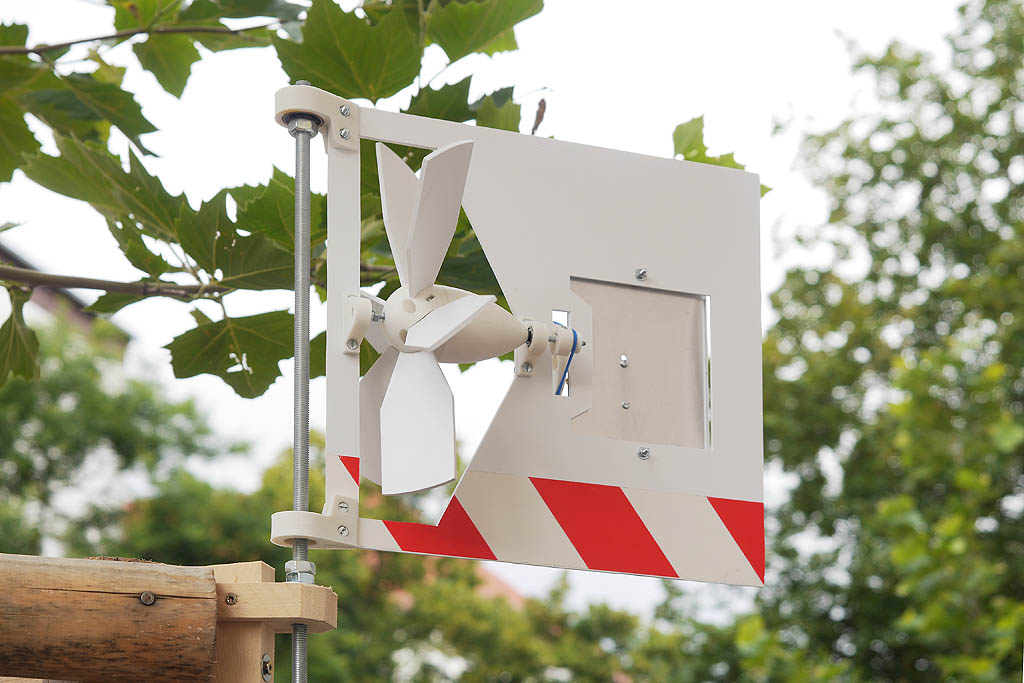 I've built a little windmill that powers a music box. I set it up in front of my workshop, where it was entertaining the entire neighborhood. People really seemed to like it - quite many took photos of it with their smartphones and spent long time watching it and listening to it. Unfortunately one person liked it a bit too much and stole it during one night.

The music box of my old windmill. It was playing the melody “Singing in the rain” 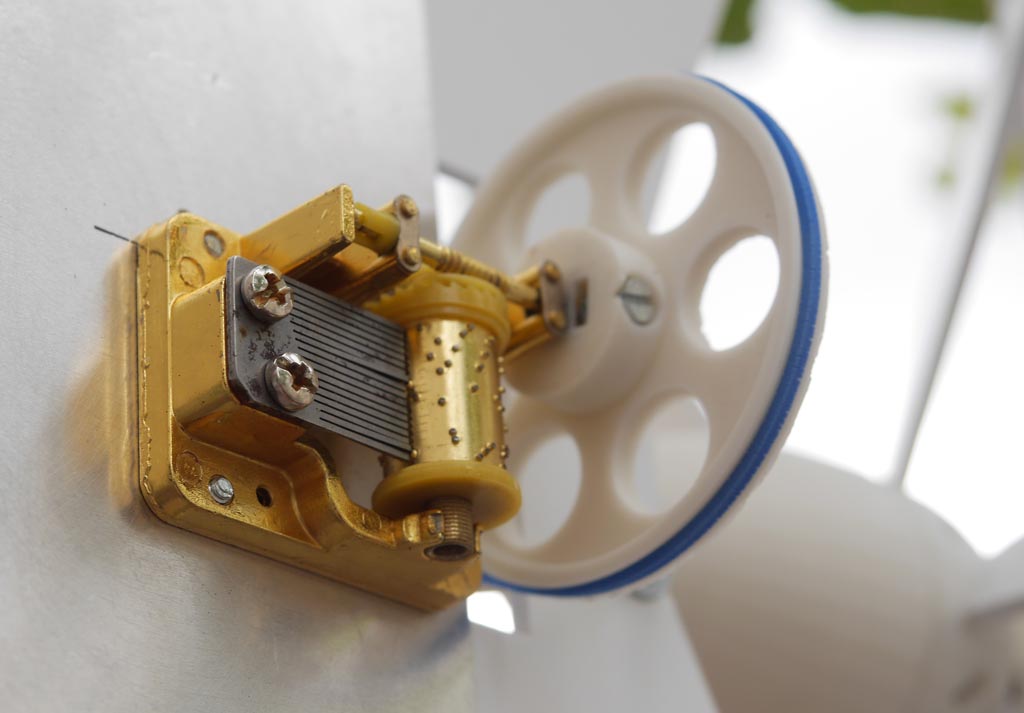 The windmill is built out of a couple of 3D printed parts and some soft plastic sheet material. The construction is relatively easy to replicate, so I decided to make a whole bunch of them, which will be shown as a large public art installation at KIKK Festival 2017.

Since I was already into mass manufacturing windmills during the past weeks, I also thought that it would be nice to have a new one for my street in order to replace the stolen one. When I was building that new windmill, I filmed myself and made a how-to video. If you also want to have such a charming device, you can now either visit my street at night and steal my new windmill (and make me sad) - or you can watch the video and make your own, which would actually make me happy!

Here's the finished new windmill. As sheet material, I used recycled election posters (which were made out of Coroplast), because I thought that this would look funny. And I find it a pity that all this good sheet material is usually just thrown away after the elections.

The new windmill in all its glory! 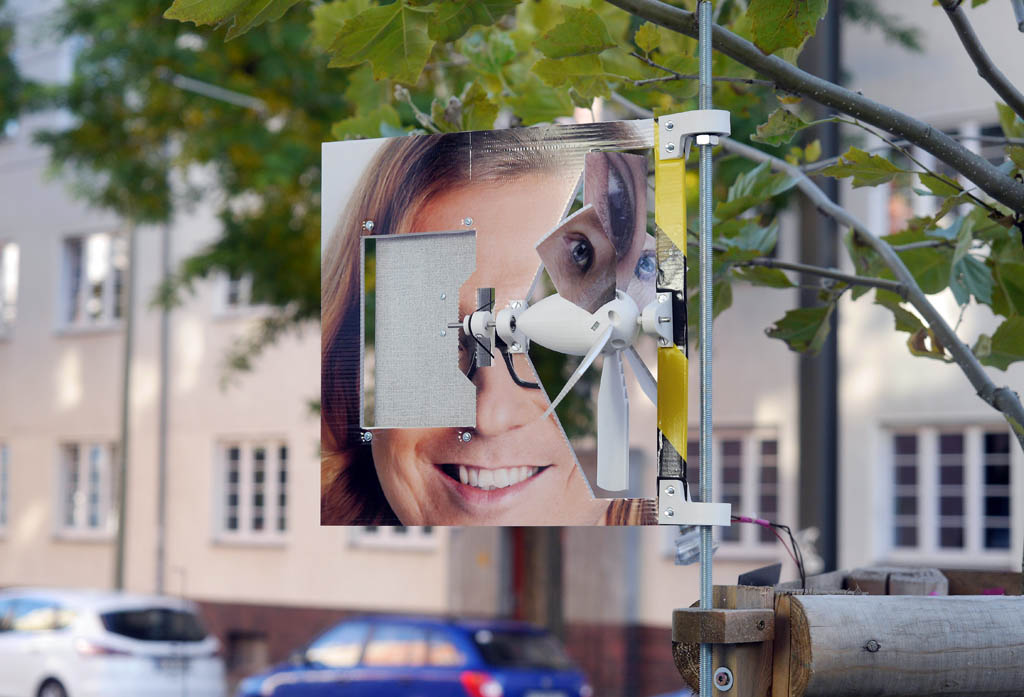 My 80 year old neighbor Nauke also wanted to make a windmill for his terrace. I gave him all the parts and since he's quite handy and into building little things, he had no problems to assemble it in one afternoon.

First, he went into his basement to search screws, nuts and a resonator. 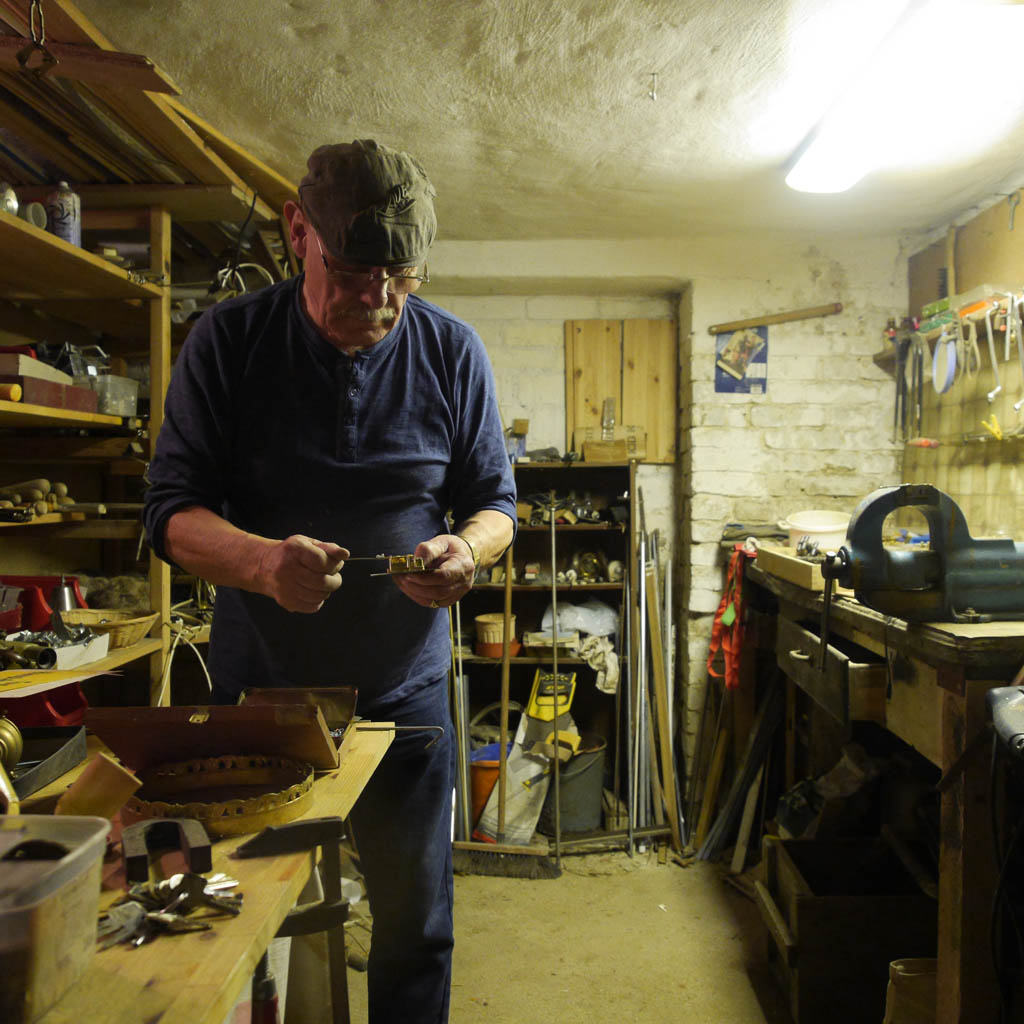 Then he set up a working space in his little living room. 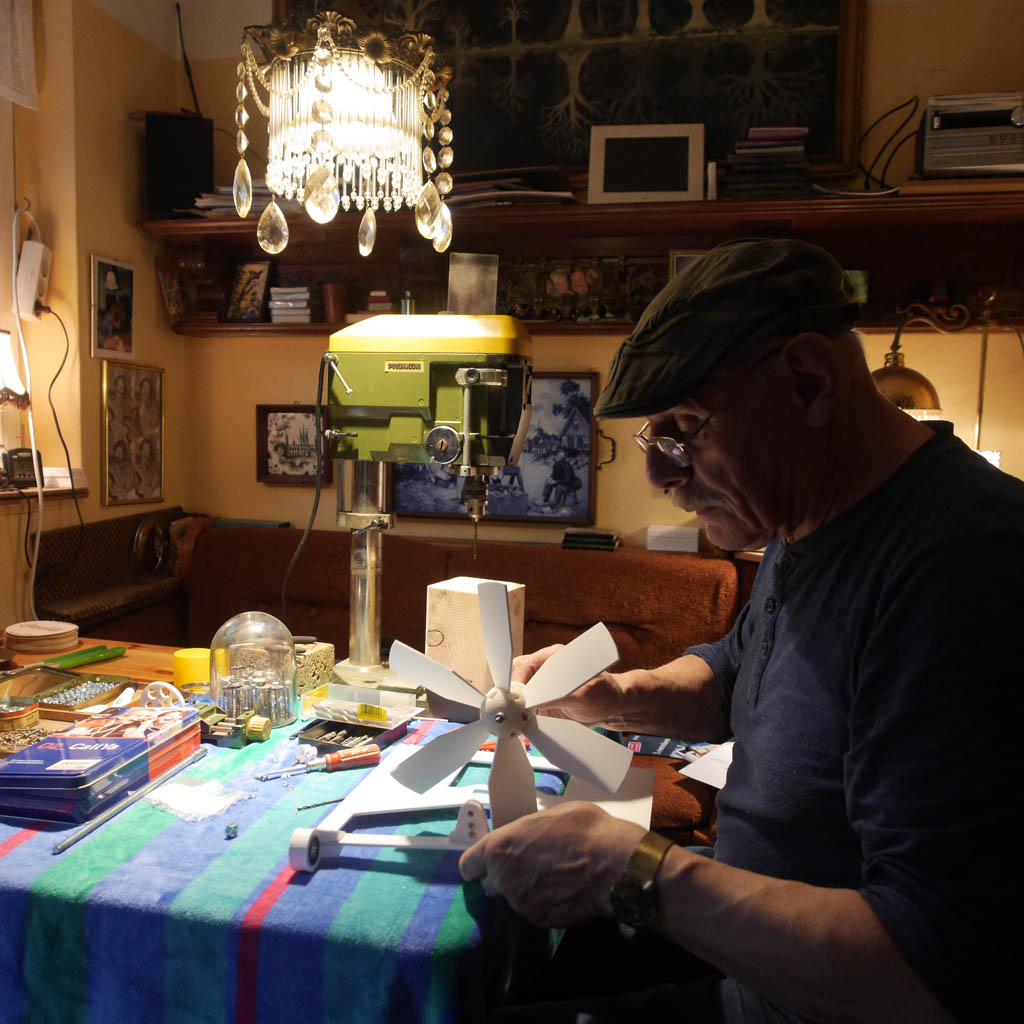 I really like his old tools. Many of them are still from GDR times. 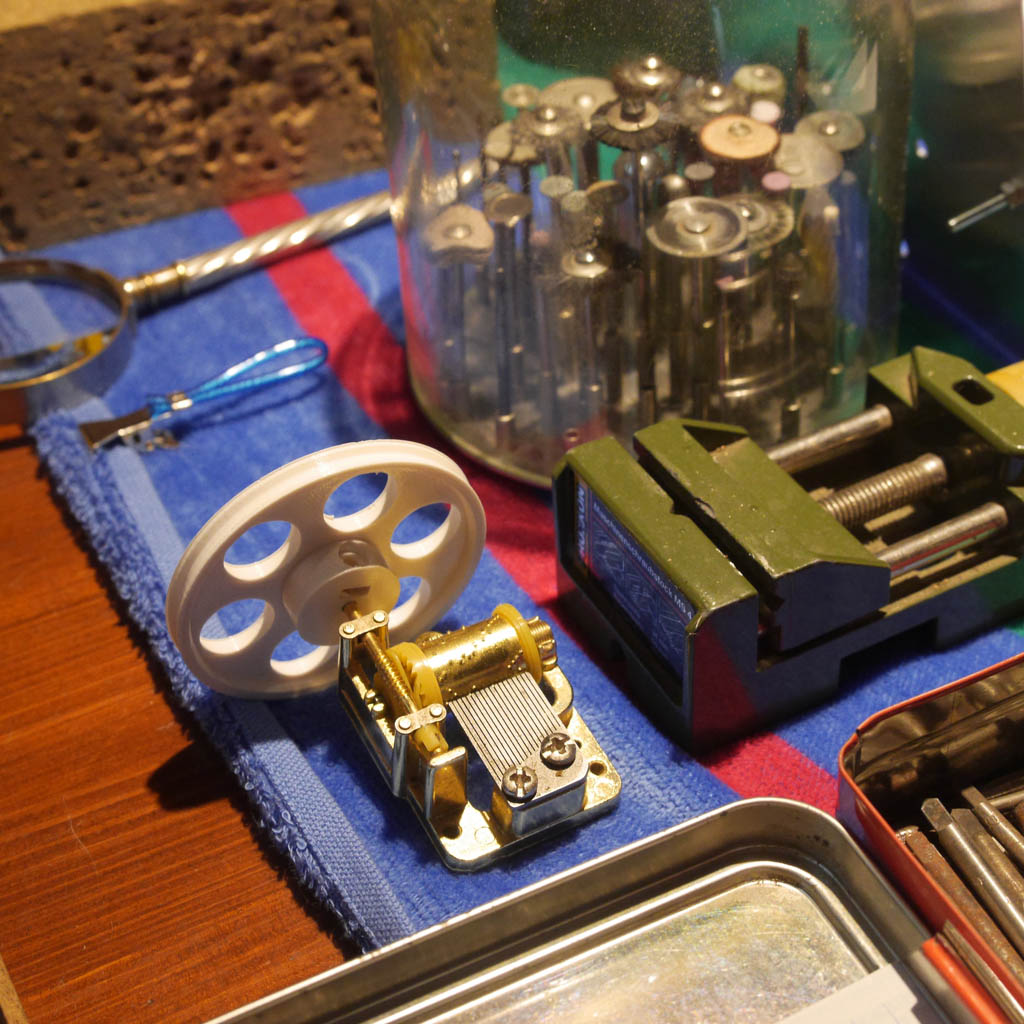 The next day, Nauke showed me the finished windmill including the stand that he has built in the evening. 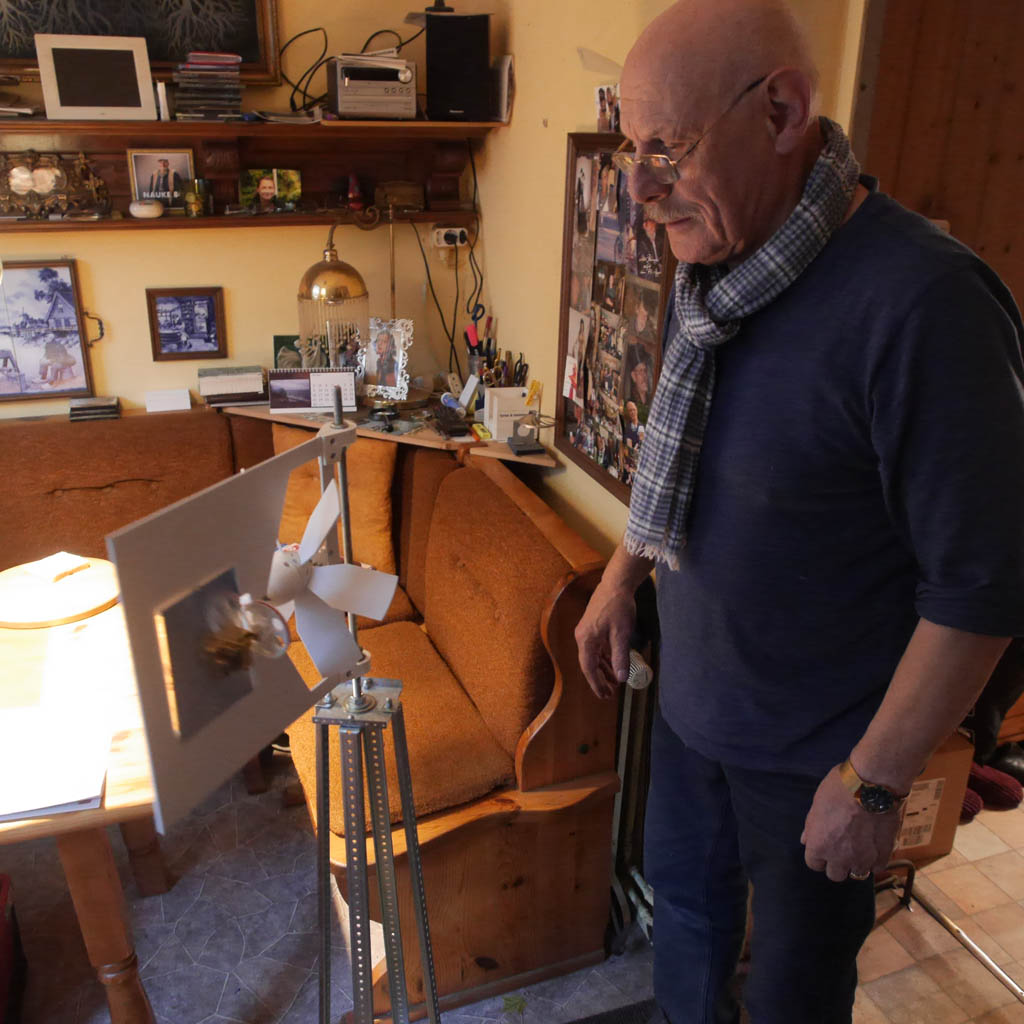 I want to thank KIKK Festival for funding this project!