My workshop is located in an old storefront with a big window facing towards the street. In an attempt to create more privacy inside, I’ve decided to install a small but smart curtain in that window. The curtain is smaller than the window, but an additional surveillance camera and an old laptop provide it with intelligence: The computer sees the pedestrians and locates them. With a motor attached, it positions the curtain exactly where the pedestrians are.

The whole setup works really well. But in the end, it doesn’t protect my privacy at all. It seems that the existence of my little curtain is leading itself ad absurdum, simply by doing its job very well. My moving curtain attracts the looks of people which usually would never care about my window. It is even the star of the street, now! My curtain is just engaged. And because of that, it fails.

This is me, testing the curtain 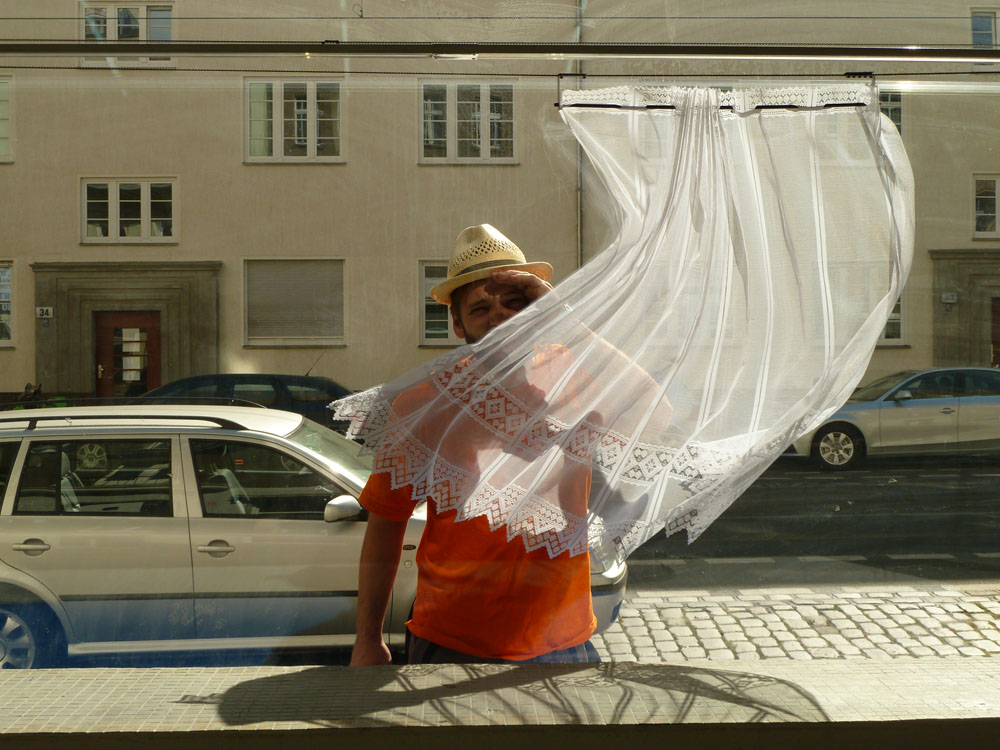 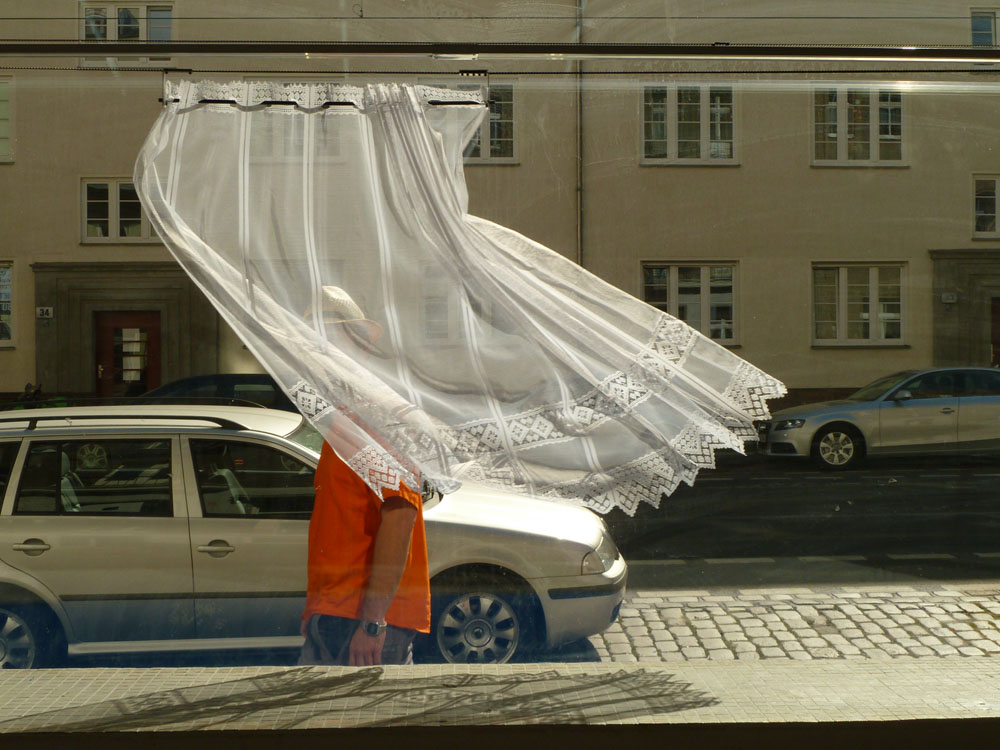 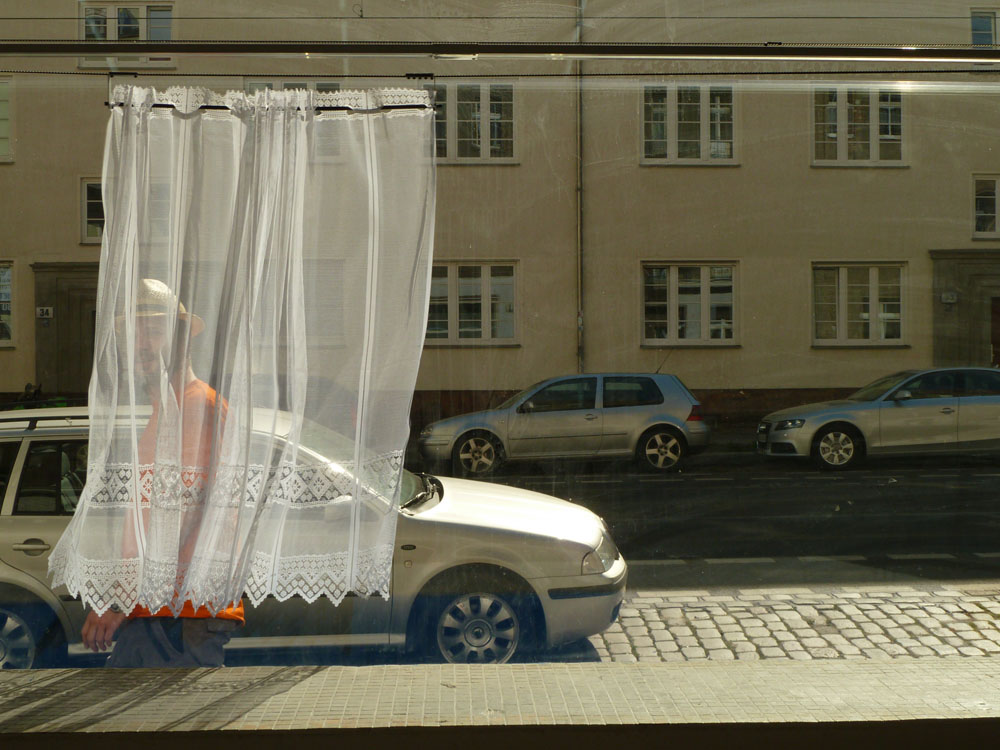 After the the Museu del Disseny in Barcelona bought the first version, I've developed a second version of this installation in 2011. The new version was larger, faster and more flexible to set up. The installation could now cover a maximum window width of up to ten meters.

That required a more powerful drive: I’ve experimented with some really nice heavy duty industrial servos – but at the end, I had to find out that they were either too big or too slow for my purposes. Finally, I decided to build the servo again from scratch. This time, I used the motor of a Makita drilling machine. It moves the curtain with a top speed of ~3m/sec and draws peak powers of about 300W (when changing the direction rapidly).

There's a cordless drill motor in the aluminum case.
The curtain is hanging on an aluminum rail. 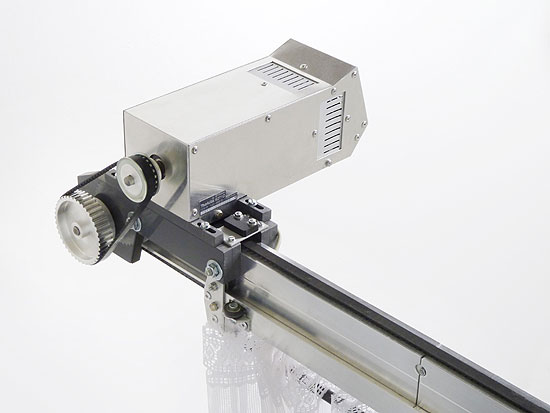 For better performance, I also re-wrote the computer vision software in C++ (with the use of OpenFrameworks).

The second version's control box:
The laptop does the computer vision; inside the box are power supply and motor driver. 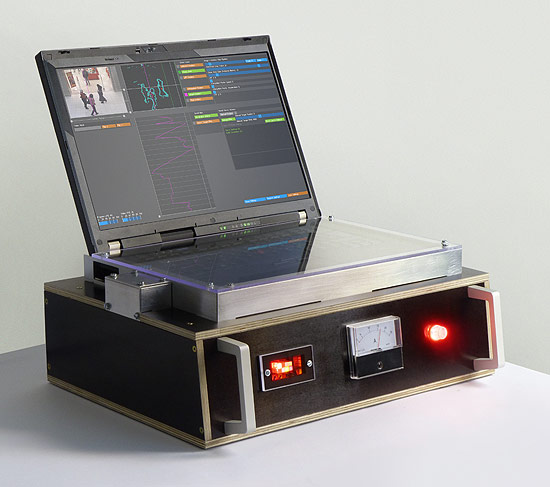 I want to thank Maison des Arts de Créteil, Le Manège de Maubeuge and lille3000 for funding the second version of the installation.