“If you want to be successful on YouTube, you should build things like remote-controlled beer crates.“, Kati once said to me. Besides the tempting promise of viral online fame, I found that this would be quite a funny idea! So last Saturday, I built one. Let’s see if Kati was right with her thesis! 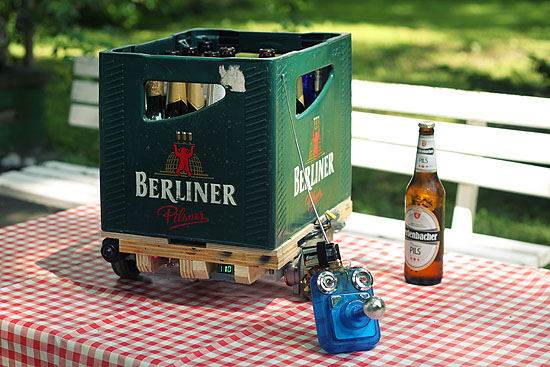 The “remote controlled beer crate” is actually just a flat plywood platform on which standard sized beer crates can be placed. It is driven and steered by two windscreen wiper motors with direct attached casters. Two swivel casters in front stabilize the construction.

The platform which moves the beer crate 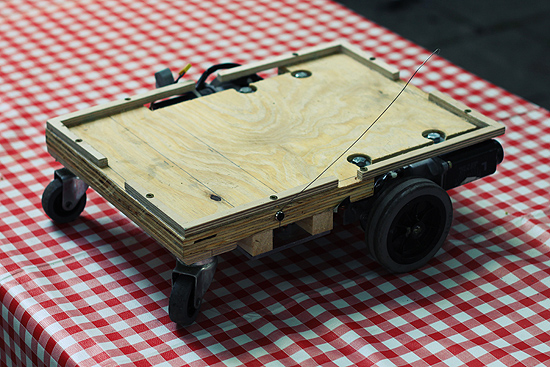 On its back, you can see the power switch on the left side and the digital voltmeter (for monitoring the charge of the battery) on the right side.

The platform, seen from its back side 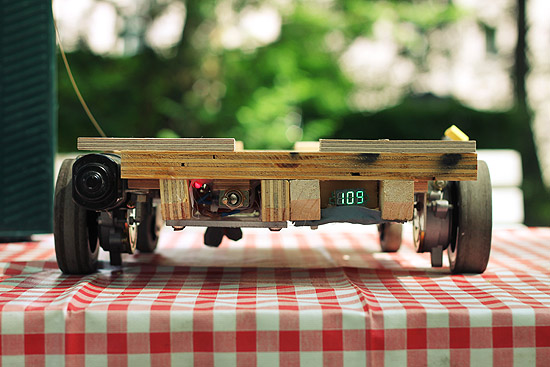 All the electronics are mounted below the platform: On the top left, you can see the 2-channel RC receiver board, which came from a cheap toy car. As the receiver can only drive small motors, it controls the big windscreen wiper motors via relais H-bridges. On the bottom of the picture is the LI-PO battery pack, which came from my neighbor’s broken RC helicopter.

All the different parts below the platform 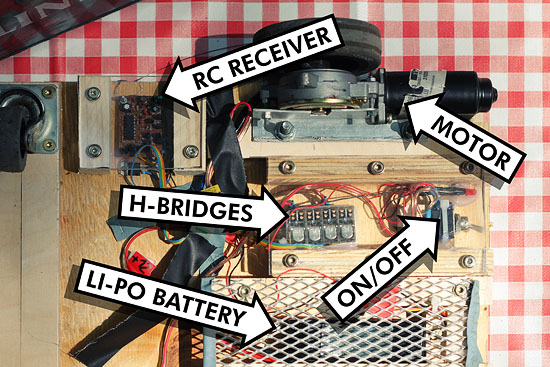 Finally, the modified Competition Pro provides a nice retro arcade feeling when steering the beer crate. Its four direction switches are connected via a microcontroller to the RC transmitter board which is mounted inside the joystick. 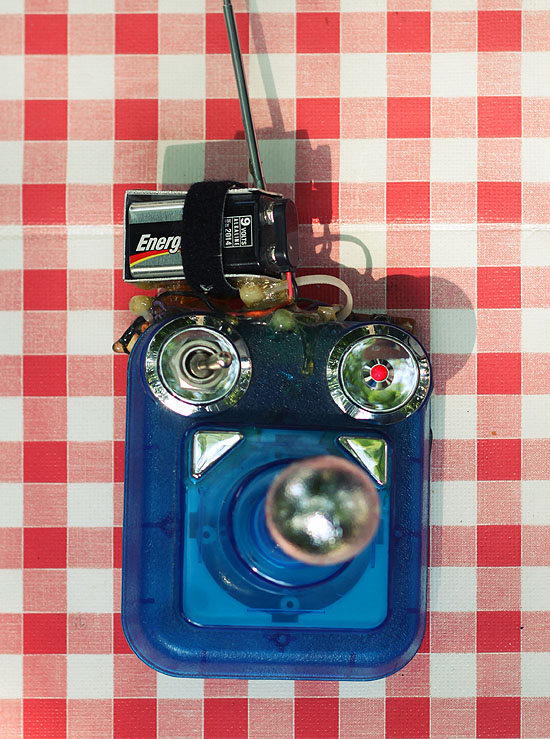