When I gave a workshop at the School of Art and Design in Offenbach about building digital devices out of cardboard, the students asked me to build a machine as well. I always wanted to own a plotter – so I didn’t have to think too long about what exactly I’d build.

The finished device with code book 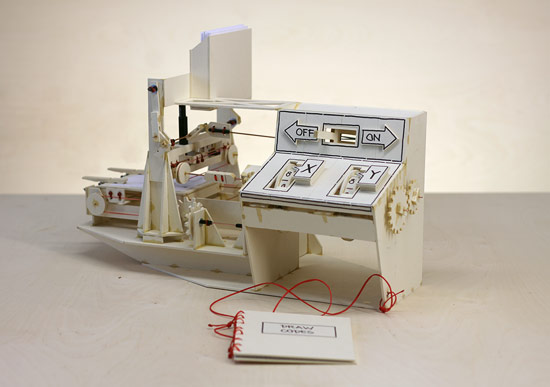 The cardboard plotter is made out of Finnish cardboard, also known as Wood Pulp, which is very durable, but also easy to cut with a hobby knife. The axles and slide rails are made out of welding rod. Everything is connected with super glue, adhesive tape and tie wraps. 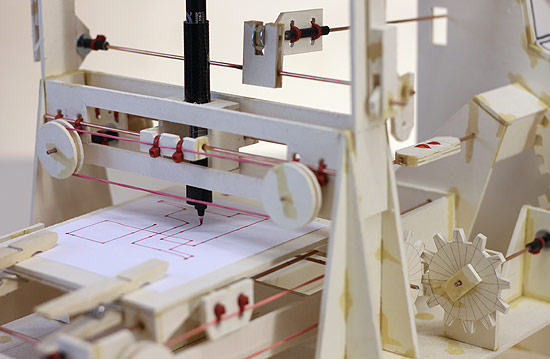 As an interface, I built two rotary dials and a switch. One of the dials moves the pen in y-position. The other dial moves the table under then pen in x-position. The switch lifts the pen or puts it on the paper. When I was done with building the plotter, I also compiled a little code book with coordinates for several drawings. They are written down as a list of numbers from 0 to 9, which makes it effectively a very simple digital storage medium for low resolution vector graphics. 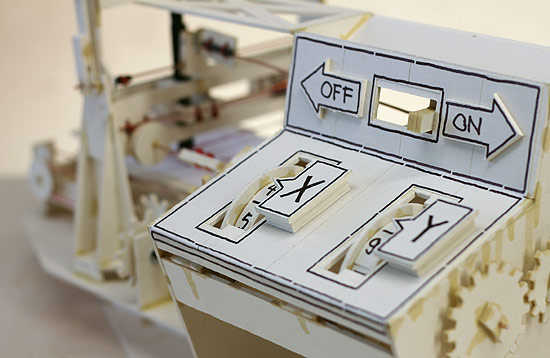